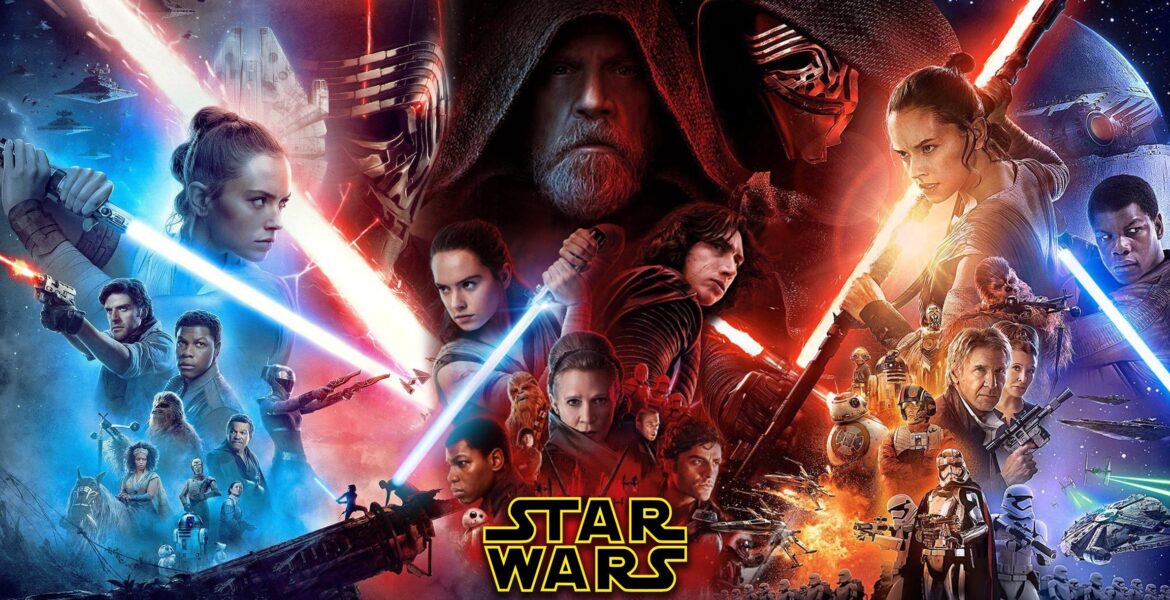 My Thoughts on the Star Wars Sequel Trilogy

It’s been two years since “The Rise of Skywalker” hit theaters worldwide, and provided a disappointing end to an already disappointing trilogy. I, like many fans, hoped that the sequel trilogy would be able to redeem itself after the release of “The Last Jedi”, but in the end we were given a movie that was focused on triggering nostalgia rather than telling a new and interesting story. In this article I want to talk about some of the things I think the sequel trilogy did wrong, and give my personal thoughts on the matter. Before I continue talking about the weird story and actually good cast, I have to mention that these are my thoughts and I am not writing this because I just want to trash talk the sequels. I do think that there were some really good moments, but were shadowed by the sequels lack of creativity.

Many people know the prequels as this trilogy of wooden acting and odd looking CGI, but I think it delivered on telling a new and unique Star Wars story. Now the sequels may have better acting and CGI, but the story it’s trying to tell fails at taking risks and creating a new, interesting story that doesn’t rely on nostalgia to get tickets sold. I think that is a problem that J.J. Abrams didn’t deal with writing the story of 7 and 9. He focused so heavily on nostalgia and making the viewer say “I know that character,” that he forgot that when it comes to making a sequel to something, its usually important to add on to your story instead of keeping it the exact same. “The Last Jedi” is, I think, the better of the three movies because unlike Abrams, Rían Johnson tried to tell a new story and “let the past die” and Kylo Ren says. This was a reason the last Jedi was hated on so much when it released, it was different to the nostalgia filled first movie and just had some odd plot points like the Rose casino fiasco. This Segways nicely into our next topic, characters!

Now, the actor’s themselves were super good. The chemistry that Daisy, John, and Oscar have is so much fun, but the characters they play are lacking something important; that is character arcs. Every character in a movie usually has an arc, especially in the Star Wars saga. When it came to the sequels, most of the characters were the same throughout the three movies? You could argue that Rey becoming more in touch with the force is one, but it’s definitely a weak arc. The only major character change was Kylo Ren joining the light side, and that’s just sad. Finn was one of the characters that didn’t get an arc, and it bugged me a lot. In all three movies, we see that the character has force sensitivity, but he’s thrown to the side to do useless mediocre tasks. He had so much untapped potential like becoming a force using gunslinger or a Jedi or anything else would have been nice. One of the characters that caused a lot of backlash was Rose played by Kelly Marie Tran. I don’t think she deserved any of the hate she was given, and I think I see what Rian Johnson was going for? That Lando character that would be liked, but a problem between Lando and Rose is Lando had a purpose, Rose was there to be Finn’s second love interest. What was sadder is she was just thrown to the side in “The Rise of Skywalker” instead of being given a better purpose. I’d rather look at the concepts of the sequels than watch them, which is something worth talking about.

Looking though the concept art of the three movies is something really special because it shows what the movie could have been. Some of the ideas that the artist had are so interesting and I really think they should have gone with some of them. Seeing rey with a double bladed lightsaber or these massive detailed planets that we never got to see is a little sad. I would have loved to see some of these things that were conceited, but I understand that a lot of these things can’t be done with limited time and budget. But, before I get to the end of my jumbled rant, I should at least mention some of the cool things? I’ll admit that the cinematography was extremely gorgeous, and the movies did have some pretty cool moments? All the actors I think do really good jobs, even if they never had a lot of screen time.

The sequel trilogy is a jumbled mess of nostalgic overloads, forgotten about characters, and missed opportunities. I wish I could love this trilogy in some way, but I don’t think I can get over some of its mistakes. I hope that with time the sequels earn a better spot on movie rankings like the prequel trilogy did? As we learn more about it, I hope we see a better response from young and old fans alike. I didn’t mention the things I wanted to, and most of this article made no sense, but I hope some of it showed some of the feeling Star Wars fans like me and many others have.