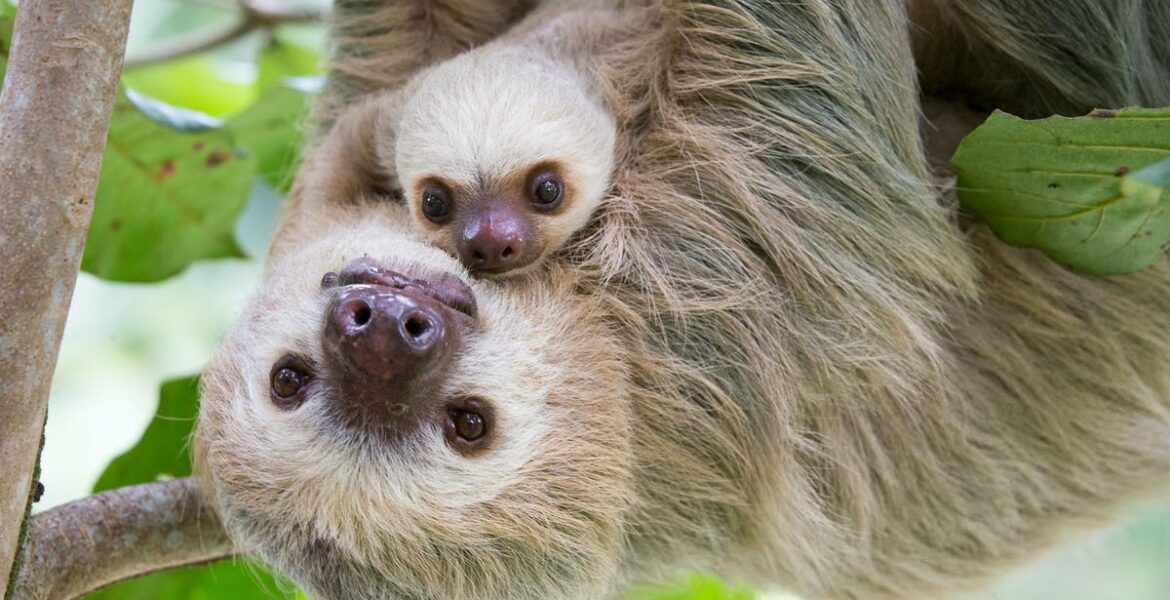 Since time immemorial, there has been a conflict existing between predator and prey. Never before, however, have we seen two contestants within this gladiatorial ring so widely respected and adored by animal lovers. So, what is better, the serene turtle-like mammalian; or the avian brute of the Amazon?

The serene turtle-like mammalian also known as the sloth are beacons of wisdom, and masters of tranquility. These adorable creatures are adaptationally advantageous and are one of the more impressive species within the animal kingdom. They reside in the neo-tropics where they spend their days sleeping, eating, and caring for their young. Sloths are incredibly peaceful animals as they are herbivores and lead a solitary lifestyle within the trees. They developed symbiotic relationships with both algae and moths; aside from those, the only other species that sloths typically interact with are big cats such as jaguars, the harpy eagle, and humans. All of which either slaughter them or destroy their habitat. In fact, the pygmy three-toed sloth is considered critically endangered due to deforestation by humans. It’s ironic how the most harmonious species is met with so much danger.

Adaptationally sloths are incredibly intelligent. Though they are often ridiculed for their slowness, it actually is a benefit to the sloth. Their slowness allows them to regulate their body temperature and remain almost silent which protects them from predators. Other adaptations include odorless fur, camouflage, long claws, and strength. Due to the fact that sloths cannot run away from their predators they have adapted to blend in with their surroundings to remain hidden. Sloths have odorless fur which protects them from predators finding them via smell; move slowly which allows them to be nearly silent which prevents predators from finding them by utilizing their hearing and camouflage to their surroundings by using a combination of their fur and symbiotic relationships with algae and moss to prevent them from being seen. Even for huge predators that can detect even slight movements like the harpy eagle, sloths are incredibly hard to find.

Sloths can be categorized into 2 different families, two-toed and three-toed, and within that, there are 6 different species. This is important when talking about evolution due to the fact that two-toed sloths evolved from an animal called the megalonyx, an extinct species of ground sloths native to North America during the Pleistocene epoch. The anteater also evolved from this creature and is actually a closer relative to the two-toed sloth than the three-toed sloth is. The three-toed sloth evolved from the Megatherium is an extinct species of ground sloths native to South America that lived in the Early Pliocene. It is best known for being elephant-sized. Around 10,000 years ago, when humans arrived in the savannas and plains sloths occupied these giants started disappearing. No one knows why, but zoologists have theorized that humans could have hunted them. A few groups of smaller sloths survived by migrating to the trees, thus the modern sloth was born. Because sloths had to change their entire habitat their behavior had to change rapidly. Due to the many predators on land sloths had to spend the majority of their life in the trees. Some sloths diet changed to consist of tree leaves, fruit, seeds, and sometimes insects, others fed exclusively on leaves from cecropia trees. These leaves, however, did not provide enough nutrients and sloths were often in a dilemma of not having enough nutrients to sustain themselves. Sloths then developed a multi-chambered stomach. This allowed them to only be able to process one meal a week and have the slowest metabolism of a non-hibernating mammal. With this metabolism came their trademark slowness. Sloths have been faced with obstacles endangering their survival for millions of years and have overcome them all. Sloths are not only intelligent but also resilient.

Not to mention that THEY ARE ADORABLE. Baby sloths are some of the cutest animals I think I have ever seen in my life and unlike some animals *cough* harpy eagle *cough* they continue to be adorable as they grow up. Come on just look at that face!!!

In conclusion, I have proven that sloths are incredibly intelligent, peaceful, resilient,  adaptationally amazing, and adorable creatures. Though the harpy eagle is big and scary and eats a bunch of different species of animals, does that really make it better than a peaceful sloth? I think not.