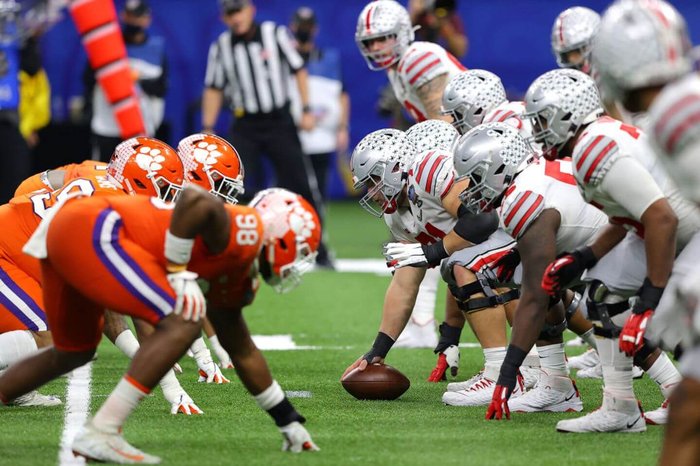 What is the College Football Alliance?

On August 24, 2021, three men who represent three of the four biggest college sporting conferences came together and announced that they are forming an alliance. Those men were Jim Phillips from the ACC, George Kliavkoff from the PAC-12, and Kevin Warren from the BIG 10. They were there to announce a “historic” alliance between their conferences that according to them would stabilize a volatile environment through collaborating on problems facing college athletics and create a scheduling partnership between the conferences.

If the alliance stays it will be one of the most impactful moments in the history of college sports, but it won’t.

Let’s back up a little. All of this is happening because of the deal for Texas and Oklahoma to join the SEC in 2025. The move is motivated because Texas and Oklahoma want to be a part of the SEC’s incredibly lucrative TV deal with ESPN. The deal is so lucrative that the two powerhouses in the BIG 12 are leaving. This is making the BIG 12 rush to replace them and trying to maintain importance. This greatly weakens the BIG 12 and has some conversations happening behind closed doors with the stronger teams in the BIG 12 and other college football conferences.

All of the turbulence led to the alliance, but that might be a reason it won’t last as well.

The main reason the alliance won’t last is that it is a handshake deal from three commissioners who all have been appointed over the last 24 months. They are all very new to their positions and are still finding their way in one of the most tumultuous periods in college football history. With the Texas and Oklahoma move, the supreme court’s decision to allow college athletes to profit from their name, image, and likeness, the biggest tv contracts in the history of college sports, massive debt from the coronavirus, and many proposals about how to expand the playoff and the one currently poised to win is the one backed by the SEC.

The next reason the alliance won’t last is that they can’t do anything. One of the main stated reasons for the team-up is scheduling, but college football teams have all of their schedules planned out until 2025 with some deals lasting for much further in the future. And even if they did schedule games for then most teams only play three non-conference games per year.

The alliance is a feeble effort for the small conferences to maintain their dwindling power in college athletics. Because they will put themselves first which is exactly how they got into this situation in the first place.